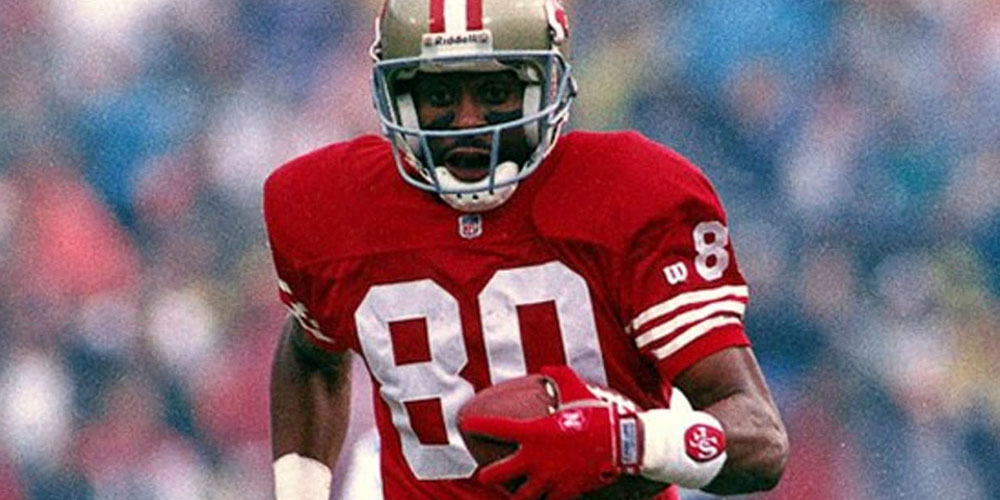 Football's known for epic plays, endless finger foods, and passionate fans cheering for their favorite team. To one northern California bride, her super bowl was a wedding win when a surprise guest appearance intercepted her wedding reception.

Legendary NFL wide receiver, Jerry Rice, made a surprise appearance during a wedding reception for a football super-fan couple at our Boulder Ridge venue.

As a childhood 49ers fan and longtime follower of the red and gold, Wedgewood Weddings bride, Lori, was born on Super Bowl XXIII in 1985 -- the final year Jerry Rice played in the 49ers Super Bowl against the Cincinnati Bengals. She spent her youth following the team and later participating in the San Francisco coin toss game tradition. On September 21, 2018, the day she said, ‘I do’, a shocking guest appearance made her wedding day Hall of Fame.

A trick play was made by former NFL player Jerry Rice, football legend and wide receiver, and made for an epic win for this super-fan bride. The crowd-loving wedding crash appearance was a very hush-hush event, with plans made just weeks before the bride’s wedding day. With only a few venue staff and family members aware of the details, the big game was becoming a reality.

The newlyweds made their way to their reception, poured champagne, and the final toast was made by maid of honor. Glasses raised; she announces there’s a “surprise speech from a very special guest...I’m sure you won’t mind.”

Check out the featured video!

“We're all in this job to make dreams come true and create memories they’ll never forget. This took that to the next level. I'll always remember Lori’s face when she saw Jerry walk into her wedding. The initial hug, tears, laughs, and cheers from the bride brought tears to my eyes knowing that this was a dream come true.”
- Tori, Expert Wedding Planner 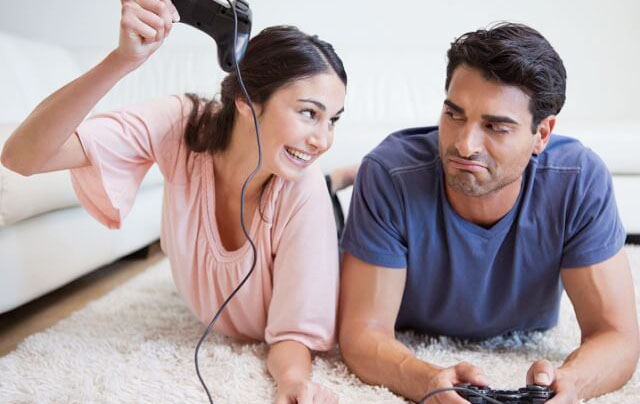 Are you, or your partner, a gamer? Do you love to sit back and watch Twitch? Or are you horrified by the idea of picking up a controller? Whether... 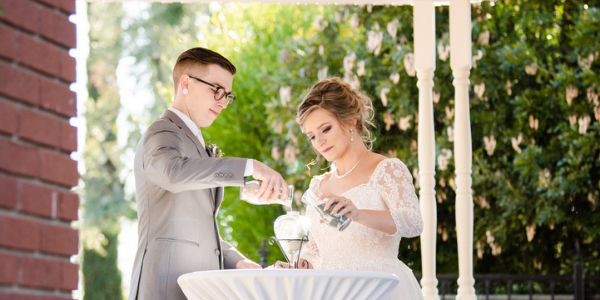 For many years couples have lit candles, combined sands, walked in circles, or jumped over brooms to declare their love and devotion to their...

For many people, the bar at their wedding reception is critical. Today, we explain bar terminology and etiquette, while also providing ballpark facts...